OLE works closely with country-based organizations that are deeply committed to transforming and expanding open-access education. Such groups understand the needs and have the trust of the people they serve. If you and your organization share our passion, principles and purpose, and would benefit from working with OLE, please reach out to us directly.

The OLE approach to learning is being used at public and private schools and community centers in inner cities, remote villages, and refugee camps. We believe that reading and numeracy are foundational skills for all learning. To foster these skill sets we emphasize applications in basic literacy and early elementary education as well as other community education needs that serve all ages. OLE promotes this approach to universal access to quality, meaningful education through our amazing partners around the world who share our goals and mission.

To be recognized as an Open Learning Exchange Partner, our partners share a commitment to:

OLE Nepal was launched in 2007 to improve education quality and reduce disparities in educational achievement providing tools and a student centered methodology enhanced by integrating technology in the teaching/learning process. OLE Nepal’s literacy programs are available in both Nepali and English and serve more than 40,000 students and 600 teachers in 180 schools throughout Nepal.

OLE Ghana was launched in 2010 with support from the Danish IT Society, Barnes & Noble, Innovations for Learning, and OLE International. OLE Ghana introduced a number of initiatives with the Ministry of Education including Teacher-Mate Ghana, to assist teachers with handheld devices and differentiated learning systems, and Ghana Reads, an approach to literacy-building that emphasizes individual learning plans that are self-paced and student centered. These programs are being implemented with 50 rural elementary schools in 8 of Ghana’s 10 regions, serving 6,000 K-6 students.

The OLE Dadaab program was established in 2014 by OLE International in partnership with the UNHCR, and OLE Kenya. The Community Learning Centres (CLC) program provides young Somali boys and girls with differentiated learning opportunities as an extension of the formal education system. Three teams of Somali coaches are working with youth in the Dagahaley, Hagadera, and Ifo communities. The programs serve more than 500 Somali refugees who make use of the our Planet learning system to access academic and professional development resources, and to organize community activities including sports and volunteer work programs.

OLE international is working in cooperation with a group of Somali nationals and expatriates to introduce community based learning programs in Somalia in support of the badly neglected school system. Our goal is to launch at two sites by the spring of 2018.

These Inspiring Girls Enjoy Reading (TIGER) is a community-based empowerment program that was established by OLE International with support from UNHCR and International Relief & Development at the Za’atari Refugee camp in Jordan. Supported by the UNHCR Innovation Fund the program was launched in November 2015 with the goals decreasing the dropout rate among participants and encouraging team-directed learning through action. The program also aims to demonstrate the effectiveness of a community-based approach to learning as a means of increasing academic performance and as a mechanism to promote the power, meaning and connection.

OLE is implementing Village Health Workers (VHWs) in-service learning program in cooperation with Massachusetts General Hospital and the Mbarara University for Technology and Science. The program is delivering learning material and courses to VHWs at to remove villages and at a central clinic. Read more here..

OLE International is working in partnership with Üaiki Global Initiative (ÜGI), a social benefit organization that promotes sustainable development by empowering the adult population. Over the past two years ÜGI has undertaken several pilot programs in Peru, a country that has been classified by many experts as the most environmentally diverse country in the world making it an ideal location for our programs “Habitat1 & Habitat8.” The ÜGI pilot programs will demonstrate that our learning system can be replicated effectively in the eight major vulnerable life zones found around the world. On August, 2017 the system will be fully implemented in Cuzco before expanding to 7 other locations across Peru. ÜGI has been collaborating with OLE since UGI launched in 2016 and uses Planet Learning for content, course delivery, and as a mechanism to gather metrics.

In 2016, Israel and Stephanie Catz, a husband and wife team, returned to Madagascar where previously they had been Peace Corps volunteers, to launch a pilot of the Planet Learning system in three Malagasy schools. As of August 7, 2017, Open Learning Exchange, OLE Madagascar and the Minister of Education entered into an Agreement to implement Planet Learning nationwide! Chaired by Olivier Robinson, Rector of IT University, OLE Madagascar is growing its board of influential Malagasy leaders, including several Harvard alumni and has hired a full time Executive Director. This is the first time that a national government has explicitly committed to scaling OLE’s approach to learning to all of their school-aged children in more than 400 schools.

OLE Kenya has been implementing technology supported education programs in cooperation with the Ministry of Education since 2013. Today, OLE Kenya oversees learning programs at community centers and schools in the Mathare slum area that are focused on continuing education in an effort to serve students preparing to enter the workforce. OLE Kenya also supports the OLE Dadaab program as described below.

OLE Nepal is a social benefit organization with the motive to improve access to quality education and meaningful learning. There…
Read More

FROM OLE MADAGASCAR Planet Learning has “fundamentally changed the way this community has thought about libraries.” 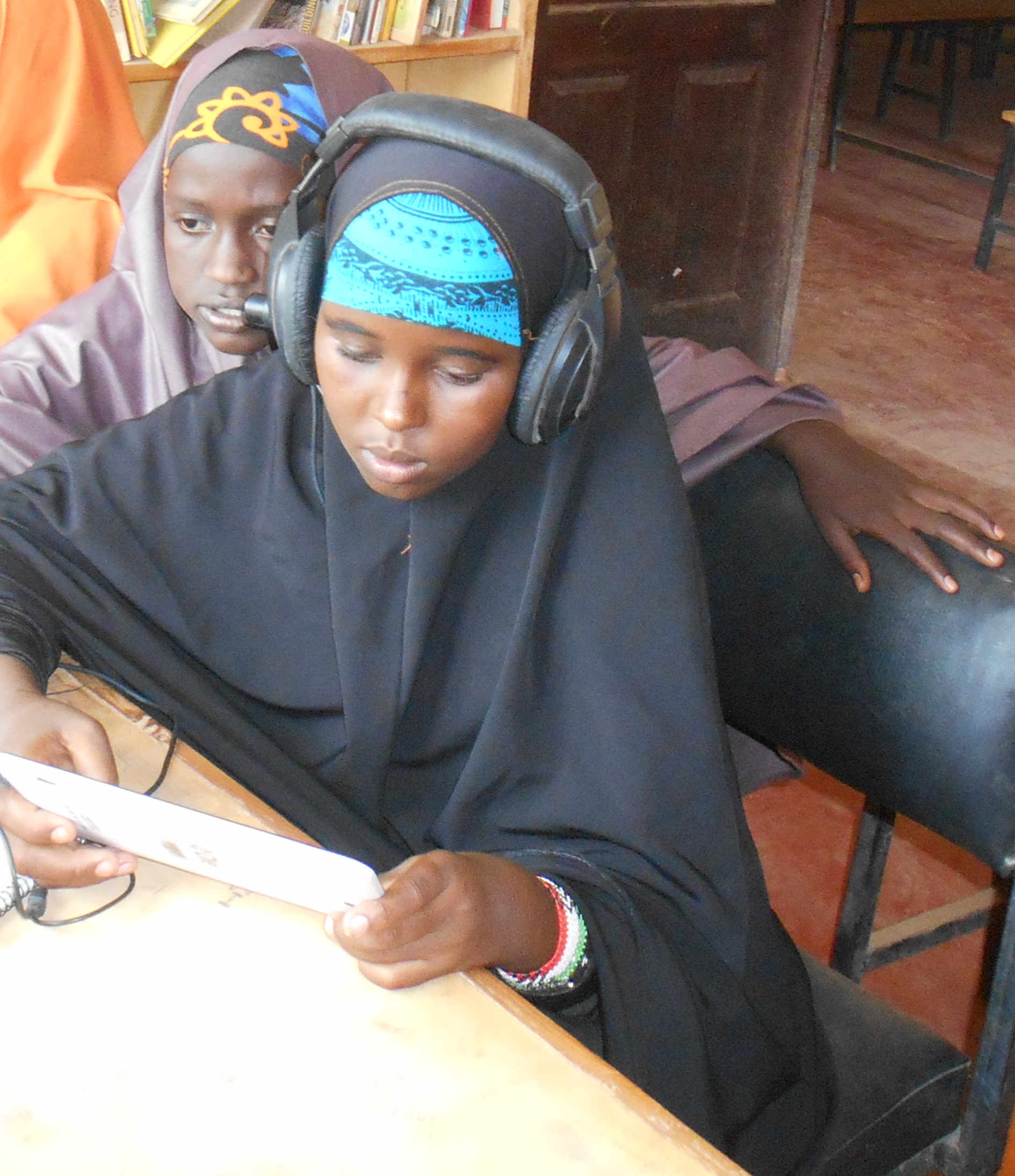 Amina M. is 17 years old and is from a poor family that lives in the Ifo camp in Dadaab

Open Learning Exchange is working with our Somali partners at the Dagahaley, Hagadera and Ifo refugee camps in Dadaab, Kenya,…
Read More 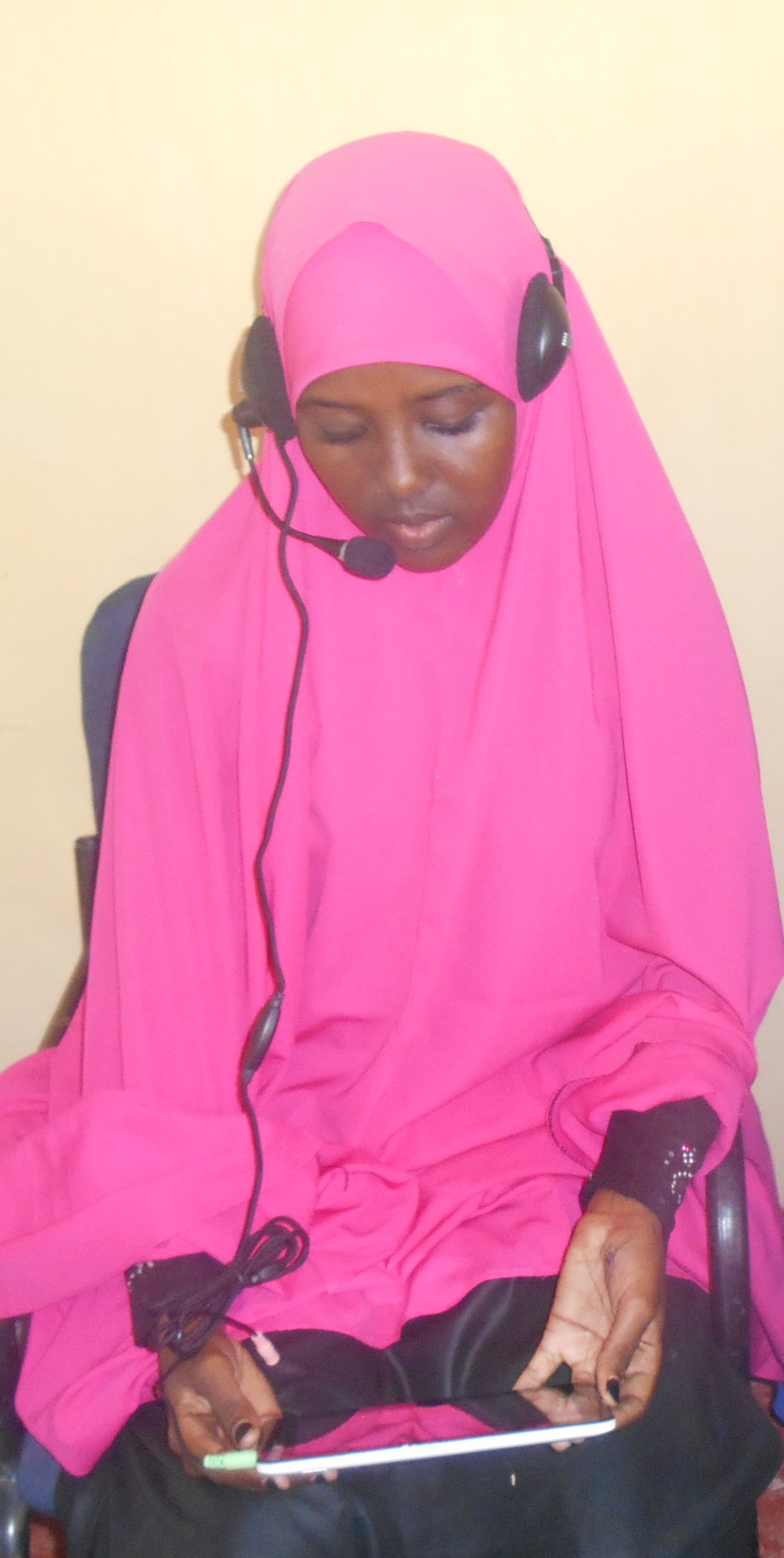 Rahma is 19 and lives in the Hagadera camp in Dadaab

Open Learning Exchange is working with our Somali partners at the Dagahaley, Hagadera and Ifo refugee camps in Dadaab, Kenya,…
Read More

Open Learning Exchange is working with our Somali partners at the Dagahaley, Hagadera and Ifo refugee camps in Dadaab, Kenya,…
Read More
View all Partner stories